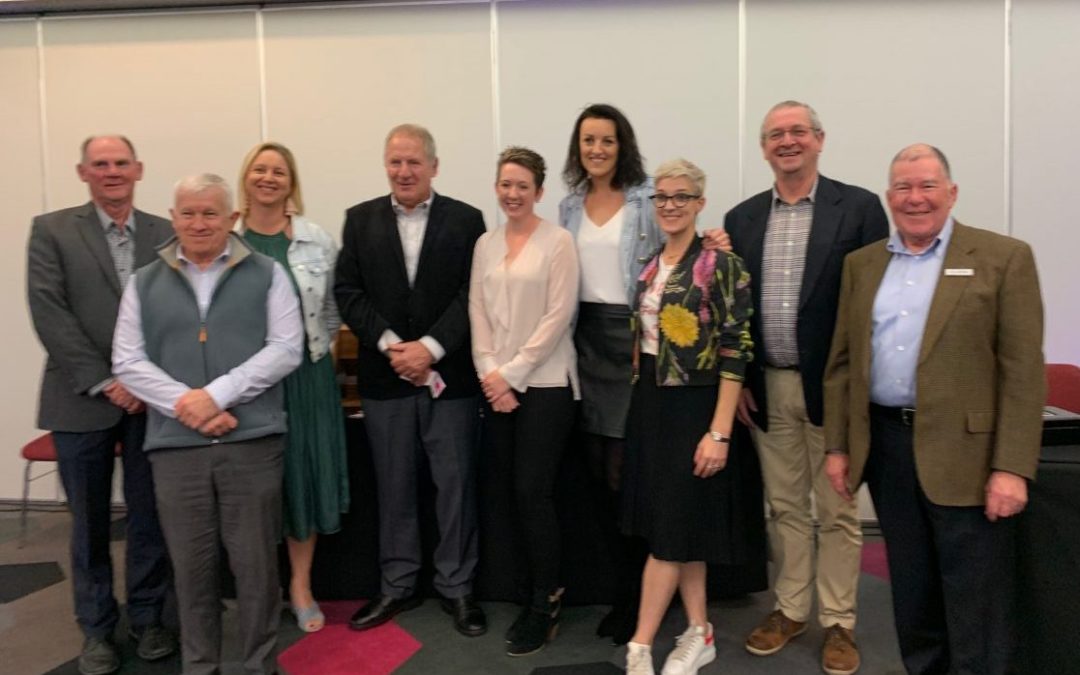 On Tuesday, 1 October 2019, the Foothills Foundation held its Annual General Meeting at which the election of office holders and Board members for the 2019/2020 year was conducted with the following outcomes:

To the Board, Trustees and members of the Foothills Foundation and Charitable Trust,

It has been my pleasure to serve as President of the Foothills Foundation in the first year under that name. I am pleased to present this report, my second as President for consideration at this year’s AGM.

Last year, I commented on the 2017/18 year as a year of renewal – a combination of continuing to do what we do well, valuing the traditions and taking the Foundation forward in a number of areas to assure future sustainability.

This year that process of renewal has continued with the formal transition to the new entity of the Foothills Foundation and the associated rebranding that is still in progress.

Like last year, there have been some changes in the composition of the Board, some of which are being formalised in today’s AGM.

Jim Dean elected to formally stand down from the Board so as to concentrate his contributions on supporting Daryl Stephens in managing events. While I personally miss Jim’s intelligent and informed contributions to Board considerations, he makes a terrific contribution to events with his organisational skills and we look forward to him continuing his valued association with the Foundation.

Tamara Lloyd, owner of Ray White Croydon informally joined the Board earlier this year and has formally nominated for appointment at this AGM. Tamara is a fantastic addition and is already making a significant contribution in a number of areas. She is enjoying the Mediterranean at the moment so cannot be with us today.

The rest of the Board has continued to faithfully serve the interests of the Foundation in their various capacities as other commitments have allowed.

Bendigo Bank Mooroolbark affirmed their position as our premium sponsor signing off on a new consolidated sponsorship offering which increased their support to $7,000 for the year for which we are very grateful. We are in discussions with them about how we can work together even better to the mutual benefit of both parties.

It is also appropriate to acknowledge the continued contributions of McPherson Media Group, Remington Wright, Branchline, HR Dept Ringwood, Ridgeline HR and Millar Merrigan and others who support multiple events in significant ways as well as those who get behind individual events of interest to them. 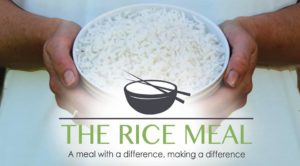 Once again, the Rice Meal has supported the Foundation – this year with a donation of $2,920, their biggest to date from an event that continues to grow each year.

Plus a new source of support – the generous donation of $2,500 made by the Count Charitable Foundation via Hayes Girling Financial is also much appreciated. Thanks to Tegan Rose for facilitating that.

Additional thanks to the Karralyka Centre and Yering Meadows Golf Club for the special considerations we receive with our events.

Once again, there have been the traditional fundraising events – the Golf Day last November, the Tour de France Dinner in June and the AFL Finals Lunch just a couple of weeks ago – and all have been fabulous successes, drawing over 100 registrations on each occasion.

This year, following on from ”An Evening with Libbi Gorr” last year, we had our first High Tea event “An Afternoon with Jo Stanley” which was a terrific afternoon, albeit that we did not quite get the numbers that we would like.

An attempt was made to run an additional event in the form of a Wine Tasting Dinner proposed by Nick Whitwell who generously donates a selection of wines for each event. This is something that might be reconsidered in the future.

The 2018 Christmas Rendezvous was again a terrific event that was well attended. Long term Foundation Friend Peter Feeney was recognised for his excellent record of community service as the year’s recipient of the Clinton White Award.

Thanks to Daryl Stephens, Paul McPherson and Jim Dean in particular for your efforts in bringing these events together and everyone who pitches in on the day.

Thanks also to those who have sponsored events through taking tables, golf sponsorships and donations of raffle prizes and auction items.

In the 12 months leading up to the AGM, the Foundation has made grants totalling $20,600.

Further organisation grants or donations were given during the year to Spectrum Journeys, Holy Fools, Maroondah Community Assist for the Winter Food Drive, Foothills Community Care and Biala Ringwood.

We continue to work with EACH and in different ways with IOOB on individual grants and this year we have seen the relationship with Anchor growing in a grants partner context as well.

We have also started meeting with community representatives from local councils to extend our grants reach in the community and that is already bearing fruit (eg the connection to the Carer’s Exercise Group at Aquahub).

I especially want to commend Bruce for the fabulous work that he continues to do as Secretary and Grants Coordinator. Thanks also to Tegan Rose who has substituted for Bruce as Secretary at times and is now joining him on the new Grants sub-Committee along with new volunteer, Mandy Maguire.

Over the course of the year, work on the website has continued – thanks to Pasquale Piccioli of Footprint web for his work in transitioning the site to the new Foothills Foundation branding and URL as well as for looking after the website for us. Thanks to Mel for helping out with artwork as well.

GRV Print has continued to support the Foundation with printing of flyers for events.

Section Technologies who has helped us to grow our facebook presence and with setting up email accounts. Nicola Willemsen from Virtual-Realty has also helped out with graphic artwork for event flyers and Steve Browney from SSG Signage is now helping out with pull-up banners. Karralyka assisted with artwork for the AFL lunch. 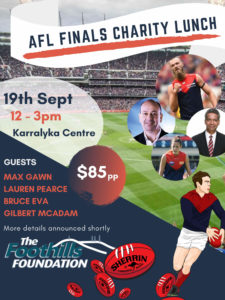 This is all good news as the support network continues to grow and refresh and the old reliables keep engaged.

To all of these generous contributors, please accept our thanks and we hope to continue the relationship in the years ahead.

We have had multiple issues of Footnotes go out electronically via Mailchimp and we have a new email facility using Microsoft’s free NFP offering. Both of these are works in progress and we will aim to fully embed them in the Foundation’s operations in the year ahead. We now also have name badges courtesy of Tamara Lloyd’s efforts.

A new sub-Committee is being established to work on Community Connection (including marketing, sponsorship and membership) in the year ahead.

With the resources that we have in place now, we are much better equipped to grow the Foundation’s footprint than has been the case for many years.

The work on making the Found

ation more representative of and more engaging for the broader community that we serve has continued this year.

The change in name, the High Tea event, the addition of new Board members who add both gender and generational diversity and the inclusion of a female guest in the AFL lunch are all positive steps in achieving greater community inclusivity.

It has been a massive year for the Foundation and it has been a privilege to play a part in that.

I believe that we have achieved a lot together in recent years and that we have a terrific platform now to take the Foundation forward positively in what is a challenging environment for charities today.

We now have the infrastructure in place. We have a broader representative people base. In combination, these assets will help to grow the footprint with both fund raising and grant giving. I see this foundation as empowering us to firmly establish the Foothills Foundation as a valued community partner who “Improves the lives of disadvantaged people in our community” of Maroondah, Yarra Ranges and surrounds.

Thank you to the Board and members of the Foundation for all of your contributions in time, talent, networks and companionship and your trust in and support for me in my second year as President.

I look forward to continuing to serve the Foundation in any way that I am able to in the years ahead.